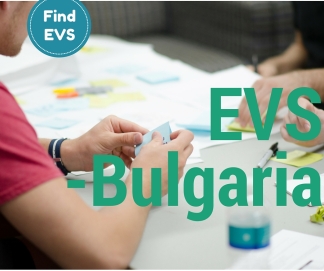 Infinite Opportunities Association (IOA) is part of the international campaign of the Council of Europe “Young People Combating hate speech on-line” aka No Hate Speech Movement which began in 2013 with a series of national and international events for capacity building of project managers, youth organizations and on-line activists. Our Association has delivered a nation-wide youth training with a focus on similarities and differences of freedom of speech and hate speech, we have held a photo exhibition at Sofia airport and run a website called Tolr@nce Platform with info, articles and links on antidiscrimination, combating hate speech and promotion of diversity – http://www.ontolerance.eu.

All participants will be accommodated in shared flats in Sofia. They will receive pocket money and food allowance to the equivalent of 180 Euro per month. The activities are split into two: in April the volunteers will work in the main office of the organization in close proximity to the city centre of Sofia. Their tasks will be to support the preparation and planning of a 10-day tour across Bulgaria in which IOA organizes street actions against hate speech. The second part or the so-called campaign times in May 2016 volunteers will be asked to join the IOA staff in its field trips across the country for delivering presentations in small town and village schools as well as for performing in street actions and outdoor activities.

The project will last 2 months and will include the participation of 10 volunteers (2 from Italy, 2 from Portugal, 2 from the UK, 2 from Germany and 2 from Spain). Currently we are looking for volunteers from Germany, Italy and Portugal.

The volunteers will be divided into three main project areas:
– Researching and contacting schools and universities across Bulgaria for planning and organizing street action in May 2016 as part of the No Hate Speech Campaign;
– Creation of lipdub videos, mems, badges, street art etc for the outdoor activities;
– Delivering sessions and workshops for Bulgarian children and young people on on-line tolerance

Interested applicants from Germany, Italy and Portugal  are invited to send a CV and motivation letter to office@infopass.eu in order to be considered for a subsequent Skype interview. IOA is equal employer and does not judge applicants against their gender, race, age, sexual orientation, religious belief. We are looking for proactive young people with a stand against discrimination, racism and xenophobia who are willing to contribute to our efforts of raising awareness among Bulgarian youth against online hate speech.

View all posts by Silvia

Get updates on new EVS vacancies

The volunteer pays:
- some part of the international transport, depending on the country